As the video call reached the 15-minute mark, Olivia was glad she’d agreed to a full 60-minute call. “I don’t understand this business about true costs, Jenny-Lynn”, the Operations Manager said. “There’s nothing unusual about having a welder install door gaskets. The last place I worked for did this, too.”

“You’re right,” JL replied. “We see a lot of manufacturers who ask an employee like a welder to install rubber gaskets. The problem isn’t with how you use your workforce. It’s what it’s costing you.”

“You’re being efficient by having your welders install gaskets during times they might be idle, but that doesn’t change the fact that their burdened labor rate is $100/hour.”

“True,” Olivia said. “I hadn’t really thought about that. What else do you need to know to help us out? I still have some time before my next meeting.”

“Could we talk to some of your installers about gasket installs and removals?”, JL asked.

“Sure,” Olivia said. “My office is right next to the line. I’m going to switch this call over to my cell phone so we can use the camera. We’ll go talk to Isaac and Irene. They’re not welding right now.”

When Eric and JL saw Olivia again, she was standing between two unfinished tractors.

“It gets a little too close for comfort sometimes”, Olivia said, “but the way our line is arranged makes it easy for me to talk to folks at the same time.”

Introductions were made and Jenny-Lynn began by asking Isaac a few questions.

“I’ve worked here for 20 years,” Isaac began. “I could install gaskets in my sleep. With these new ones, though, it’s hard to close the door once the gasket is installed. But that’s just the last step. You have to remove the bad gasket first. Then you apply an adhesive. It takes me about an hour to do it all.”

“I’m still new around here,” Irene began. “I’m not as fast as Isaac, but I’m getting better. Working with the shims adds time. The adhesive we use is pretty messy, too. Sometimes I use too much and have to worry about cleaning it up. Anyway, I’d say it takes me two hours to install and remove a gasket.”

JL thanked Irene and then got another look at the factory floor as Olivia returned to her office. The Operations Manager switched the call back to her desktop computer.

“Well, what do you think of our operation, Jenny-Lynn?”, Olivia asked, “I’ve still got a couple of minutes before my next meeting, so let’s hear it.”

“It’s time for true costs,” JL began. “Let’s start with Isaac. He says it takes him an hour to remove a gasket and install a new one. Since your burdened labor rate is $100/hour, Isaac’s labor costs across 20 gaskets are $2,000. That’s 10 times the $200 in material waste we talked about earlier.

“That’s for sure,” Olivia agreed. “For Irene then, are you saying that because it takes her twice as long as Isaac, that her would be $4,000 for 20 gasket installs and removals?

“Ouch,” Olivia said. “That’s 20 times what I thought we were really wasting.” Then she turned to Eric.

“Doesn’t Patrick know about any of this?”, she asked.

“No, not at all,” Eric replied. “His main concern is price”.

“Well then,” Olivia replied, “He’s going to have to change his way of thinking. I’ll get you some more rework numbers for this new tractor and you can straighten him out.”

Can You Use a Different Bulb Trim Size? 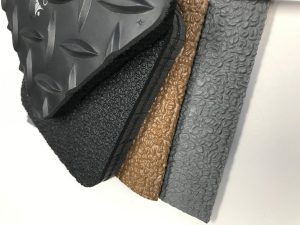