Eric hung up the phone and sighed in frustration, hoping that his colleague in the next cubicle wouldn’t notice. The young engineer was fresh out of college and working at his first “real” job – a big deal for a kid who would rather design tractors than run them for hours on end.

No one could doubt the work ethic of this farm kid from Alberta, but Eric was beginning to doubt himself. He knew how to fix the doors on a barn, so why couldn’t he figure out what was wrong with the doors on the new tractor that his employer made? What good was all that expensive engineering education if he couldn’t design a simple rubber gasket?

The phone call that upset Eric’s afternoon came from his boss, a fatherly figure whose patience was now wearing thin. Dealers from across the Great Plains kept complaining about tractor doors that leaked like a sieve. In turn, those dealers blamed the tractor manufacturer’s sales reps, who now turned to management – and Eric’s boss – for answers.

Sure, it was just a door gasket, but even the toughest farmers didn’t want to sit in a wet seat all day and look down at rusty flooring. Eric was glad that just a few hundred of the new tractors had been shipped, but would there be a service bulletin and then a product recall? And what about his own career prospects at a company that doubted his capabilities?

The ping of an email alert pierced Eric’s worry. He checked his computer’s monitor and saw a few internal communications. There were also some messages that should have gone to Spam – or so he thought. This company called Elasto Proxy had contacted him a few times before. Their newsletters talked about rubber products, but Eric’s company bought them somewhere else.

“It’s all about price”, Eric had been told by plenty of co-workers. Purchasing already had a preferred vendor for gaskets, and wasn’t all black rubber the same anyway? But Eric hadn’t graduated near the top of his class by looking at a single number and calling it a day. He had to find the answer.

The young engineer opened the e-newsletter and scanned its contents. He saw something about a formula for gasket design. He noticed an acronym called MTAP. None of this seemed familiar from his four years of college. In fact, he couldn’t remember ever talking to anyone about the properties of rubber.

His current gasket supplier just wanted to push product. Still, he felt like he should know more about seal design. His boss seemed to think so, too. That weighed on Eric’s mind as he remembered his annual review was coming. He knew he was on thin ice, so he answered the email and wondered if he’d hear from anyone. 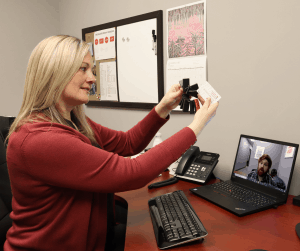 Get EV engineering assistance for rubber products. Elasto Proxy is the manufacturer that can help you with seal design and material selection.