The Imperial spies who intercepted Rebel communications near Yavin have determined that the vessel which attacked your ship is indeed the Millennium Falcon. Accordingly, Unit J3X-9TZ has completed its analysis of the Corellian light freighter and its on-board systems. Internally, there is a vulnerability – should a flux in the starship’s motivator bleed into the power core. Without proper sealing, gaseous fuel could fill the ship and cause critical systems to overheat and a junction to rupture.

This, however, is the only failure of sealing and insulation we can anticipate. Moreover, if the operators of the Millennium Falcon replace this seal with a solution from Elasto Proxy, they will address this risk and eliminate numerous supply chain vulnerabilities. Already, the mercenaries Han Solo and Chewbacca have outfitted the Falcon with other seals, gaskets and insulation from Elasto Proxy, a rebellious company that is based in Canada, which we believe is a codename for the icy planet called Hoth.

Without further delay, Lord Vader, here is a summary of sealing and insulation aboard your nemesis.

As this intercepted blueprint shows, the Millennium Falcon contains the following generators.

Unfortunately for The Empire, all of these gensets use reliable rubber seals from Elasto Proxy. There are no vulnerabilities we can identify, and there are no records of a sealing failure. This is surprising given the lack of routine maintenance logs for this rebel ship.

Elasto Proxy is also the source of specialized O-rings that prevent electromagnetic interference (EMI) and are installed in the following locations.

These EMI gaskets are made of particle-filled silicones, elastomers with robust properties. Given the reported shielding levels, electronic jamming would be ineffective.

The bulkheads aboard the Millennium Falcon use EPDM door seals that are resistant to compression set, a problem seen aboard your Lord’s TIE fighter. The window seals in the battle stations are also well-designed, an accomplishment we attribute to an Elasto Proxy codeword called MTAP. Moreover, all of the rubber gaskets on the Falcon’s escape pods are expertly fabricated. The manufacturing method, water jet cutting, was combined with the most appropriate form of gasket bonding for low volumes.

As you may recall, Lord Vader, the occupants of the Millennium Falcon hid themselves in secret compartments beneath noisy metal flooring. Stormtroopers aboard the Death Star failed to detect the rebels in time, a grave error which you have punished accordingly. Unit J3X-9TZ  has determined that the rebels were able to avoid detection because of rubber flooring and acoustic insulation within their secret compartments. This sound-dampening insulation was laminated using several different materials that our best scientists are still studying.

The Empire Will Strike Back

Although the Millennium Falcon seems impervious to sealing failure, the Imperial fleet will not be deterred from its mission. Star Destroyers have now entered the Hoth system and are dispatching probe droids there. Already, an XJ9-CS14 Viper model is transmitting a live feed of what appears to be a power generator. There are many uncharted settlements in this region, but this may in fact be the “Canada” that is Elasto Proxy’s headquarters and the source of the Falcon’s sealing and insulation.

Unit J3X-9TZ  stands ready to deploy to Hoth immediately and will not stop until the Millennium Falcon and its supplier, Elasto Proxy, are discovered. 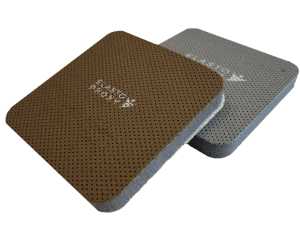