Welcome to the May 2022 edition of Elasto Proxy’s EV Roundup, a summary of newsworthy items about electric vehicles (EVs). Elasto Proxy makes custom seals,  gaskets, and insulation for the EV industry and has branches in Quebec and Ontario, Canada; South Carolina, USA; and in Europe. We’re ready to support you with projects ranging from EV battery enclosures to charging stations, so tell us about your EV project.

Repentigny, Quebec is the Canadian province’s first community to get an all-electric police car, a 2022 Ford Mustang Mach-E. The electric vehicle won’t patrol the city’s streets until June 6, but visitors to the NYC Fleet Show got a good look at it recently. According to Daily Hive, the New York City Department of Citywide Administrative Services has purchased some Ford Mustang Mach-Es – nearly 200 of them.

Stellantis N.V is investing billions of dollars to retool and modernize its auto assembly operations in Windsor and Brampton, Ontario. The multi-national conglomerate will spend $3.6 billion to transform the plants into flexible factories that are ready to produce electric vehicles. The CBC reports that Stellantis will also build two new R&D facilities that focus on EV battery technology.

Hyundai Motor Group plans to build a $5.5 billion manufacturing facility in Savannah, Georgia to produce electric vehicles. Construction will begin in 2023 with a completion date in 2025. According to the Savannah Tribune, the advanced manufacturing facility will create 8,100 jobs. Savannah, a coastal city near South Carolina, joins several other cities in the U.S. South as EV automakers.

Airbus, a European multinational aerospace corporation, and MAGicALL, a California-based manufacturer of magnetic components and power electronics, have joined forced to develop lightweight electric motors for electric vertical take-off and landing (eVTOL) aircraft. Aerospace Manufacturing and Design reports that the brushless motors will be used in all-electric, four-seat evTOL for urban transport.

ThomasNet reports that Wal Mart will buy more green hydrogen from Plug Power to power its forklifts. Like other types of electric vehicles (EVs), these fuel cell electric vehicles (FCEVs) use electricity to power a motor. However, FCEVs don’t depend on battery power alone. Instead, FCEVs use a hydrogen-powered fuel cell to generate electricity. Hydrogen is “green” when it’s generated by renewable energy sources.

Moog, a manufacturer of precision control systems, and Doosan Bobcat, a builder of compact construction equipment, have teamed up to develop an all-electric track loader. According to Power & Motion, Doosan Bobcat won two awards at the 2022 CES Show in Las Vegas for its Bobcat T7X, a vehicle that the company claims is the world’s first all-electric compact track loader, a vehicle for digging and loading material.

Elbit Systems, an Israeli-based defense electronics company, and KBR, Inc., a U.S.-based provider of defense and aerospace technologies, are helping the United Kingdom’s Royal Air Force (RAF) to assess the feasibility of electric aircraft. Through a series of test flights, the RAF will assess the technology’s effectiveness during pilot training.

Download the Ultimate Guide for Electric Vehicles. It is FREE!

Discover more about Elasto Proxy’s electric vehicles solutions and industry standards in the guide below: 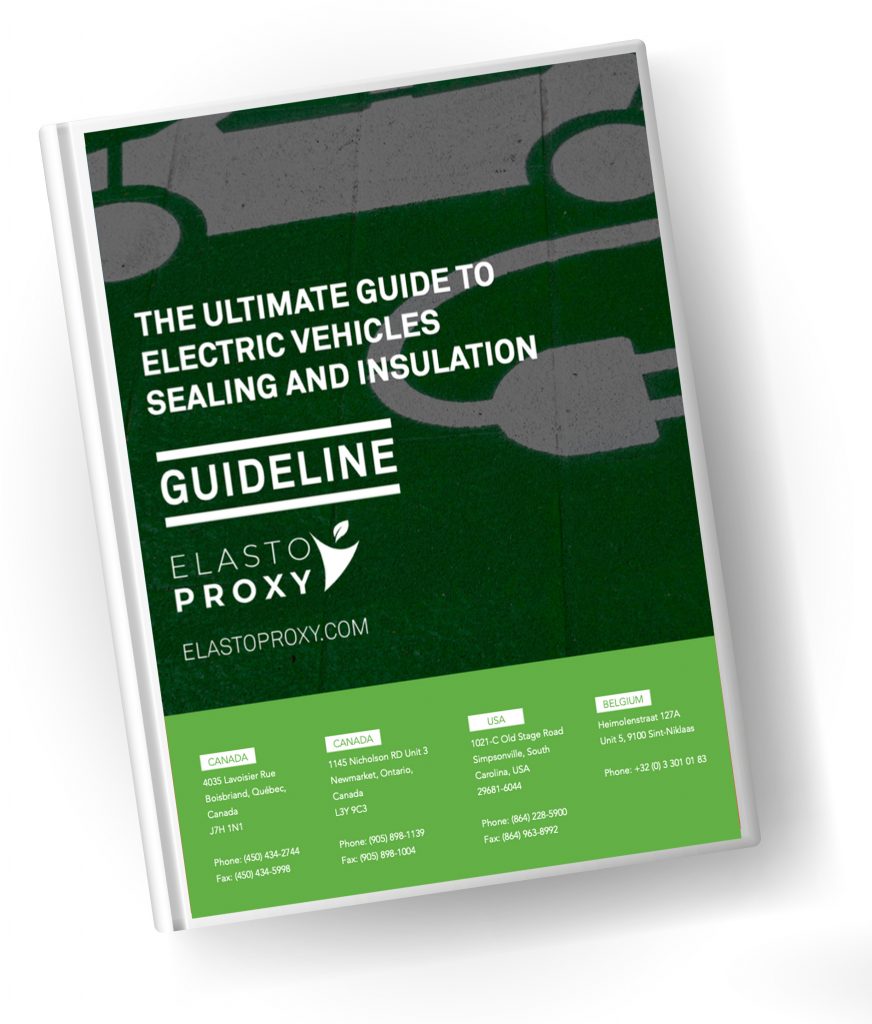