Reshoring isn’t just about Made-in-the-USA manufacturing. Here in Canada, where Elasto Proxy is headquartered, we’re also seeing a resurgence in industrial production. As The Globe and Mail reported recently, Canadian exports have reached their highest levels since the 2008 recession. To be sure, these gains would not be possible without strong international demand. Yet the fact remains that Canada, like the United States, is also enjoying a manufacturing renaissance.

Is your small-to-medium enterprise (SME) thinking about reshoring? Then consider the example of a larger company, General Electric (GE). When GE Appliances announced in 2012 that it would invest $1-billion to build a new factory in Louisville, Kentucky, company chairman and CEO Jeffrey Immelt called the decision “as risky an investment as we have ever made.” Why would a Harvard Business School MBA take this chance, especially in the wake of the worst economic downturn since the Great Depression?

General Electric wasn’t looking backwards. Instead, this international conglomerate was looking 5 years ahead. The U.S.-based manufacturer doesn’t have a crystal ball, but GE dared to make predictions about the future of the world’s two largest economies. Capturing current supply chain costs was important, including those of a water heater plant in China. Yet GE also considered the cost of increases in the value of the Chinese Yuan, projected cost increases in global transportation, and the role of process control.

The appliance manufacturer also considered China’s demographics, especially its growing middle class.  As domestic consumption rises, Chinese manufacturers can make more money by serving the domestic market than by exporting low-cost goods. It’s not just a matter of profit margins either. China’s demands for energy and materials are enormous, and the world’s second largest economy wants to devote more resources towards producing goods, such as automobiles, that will meet its own demands.

GE’s analysis explains the manufacturer’s decision with regard to China, but why build a new factory in the United States? Why not build a plant in Mexico instead, where wages are lower and access to U.S. consumers is still strong? Those who long for a return to low-skilled, hourly-wage factory jobs would do well to take note. As GE explained, its goals for the new Louisville, Kentucky plant mean creating “highly-skilled salaried jobs in fields like engineering, industrial design, and manufacturing.”

Is The Glass Half-Empty or Half-Full?

Today, some observers worry that China’s economic growth is slowing – and that the rest of the world will suffer because of changes to this major economy. China’s astronomical growth rates can’t continue indefinitely, however. At the same time, advances in technology and communications will enable more and more of China’s people to achieve Western-style standards of living. Instead of making millions of running shoes for consumers in other nations, China will build 3D printers to support its own industry.

So how do you tell your best customer that you can’t make the same products for them anymore? How will China address this issue not just with the U.S., but with other trading partners – including Canada? Supposedly, there is a Mandarin curse that says, “May you live in interesting times.” The origins of this saying are unclear (and perhaps untrue), but SMEs who operate globally can live in exciting times if they understand the reasons for reshoring and take advantage of new opportunities.

If you’d like to learn more about reshoring, I encourage you to visit The Reshoring Initiative on the Web, and to study the efforts of its founder, Harry Mosher.  I hope you’ll comment on this blog entry, too, by looking for a link to it on all of Elasto Proxy’s social media channels: LinkedIn, Facebook, Google+, and Twitter.

I hope you’ll subscribe to our free e-newsletters as well. They’re a great source of information delivered right to your email inbox, and provide links to blog entries like this one. 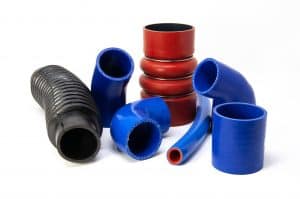