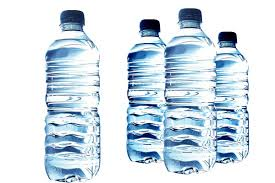 How much water does it take to make a bottle of water? The answer, critics claim, is greater than the International Bottled Water Association (IBWA) admits. According to the results of a recently released IBWA report, the bottled water industry needs 1.39 liters (L) to produce 1 L of bottled water. That’s less water than is required for soda (2.02 L), beer (4.0 L), wine (4.74 L), or hard liquor (34.55 L).

So do environmentalists prefer Evian to Coca-Cola, microbrews to merlot, and anything that’s drinkable to Jack Daniel’s and Jim Beam? Let’s quench our thirst for analysis before buying anyone the next round. The water activists who dispute the IBWA’s calculations accuse the beverage industry of underreporting the size of its “water footprint” as well as its “carbon footprint”. Do they make a convincing case?

Through a Glass Darkly

Environmentalists have long argued that bottled water is wasteful because it’s resource-intensive. Some activists have even claimed that bottled water is bad for the environment because plastic bottles require petroleum, a fossil fuel. Critics also cite pollution ranging from the Great Pacific Garbage Patch to plastic water bottles that, when improperly discarded, litter city streets.

As conneissuers of mineral water will note, however, their favorite products aren’t always packaged in plastic. There’s Perrier with its signature green glass bottles, of course, but there are also brands such as Hildon and Saint Géron that feature clear glass. These mineral waters may be more popular in Europe than North America, but let the record show that not all bottled water is packaged in plastic.

If you take a look around your office though, you’re more likely to see co-workers sipping water from clear plastic containers. Most of these disposable bottles are made of polyethylene terephthalate, (PET or PETE), a lightweight plastic that’s clear, tough, and shatterproof. As the American Chemistry Council explains, PET plastics also provide an excellent barrier to oxygen, carbon dioxide, and water.

In recent years, PET water bottles have been criticized because of their alleged health effects. The Canadian Cancer Society separates myths from facts, but let’s keep our focus on the environmental debate. Like many other plastics, PET is made of petroleum hydrocarbons. This material is formed into bottles through blow molding or even thermoforming – processes that often require fossil fuels.

PET plastic’s “carbon footprint” doesn’t end there, however. After water bottles are filled, they’re moved to market by methods, such as rail or trucking, that typically burn fossil fuels. From production to transportation then, bottled water consumes resources that some environmentalists would prefer to leave in the ground. Even the extraction of the oil that’s used to make PETE requires fuel.

For critics of the IBWA’s recent study, however, there’s also a “water footprint” to measure. Although the industry claims that producing a 1-L bottle of water requires just 1.39-L of H2O, water activists cite processes that the IBWA has overlooked. For example, just drilling for the oil that’s used to make PET bottles requires groundwater. Water (and energy) is also needed to make paper labels and adhesives.

Then there’s the water used in PET manufacturing to consider. According to the Pacific Institute, “twice as much water is used in the production process”, meaning that “every liter sold represents three liters of water”. The group’s Bottled Water and Energy Fact Sheet does not explain how it calculated this estimate, and reserves most of its number-crunching for energy consumption.

So how much water does it really take to make a bottle of water? If the IBWA’s estimate is too low, what would be the environmental impact of using bioplastics instead of PET? Are activists who would leave all of the petroleum in the ground accounting for how tractors typically burn gasoline, diesel fuel, or LP gas? Moving bioplastic bottles to market would also mean using vehicles that burn fossil fuels.

The bioplastic production process is especially important to consider, both in terms of energy usage and water consumption. For the sake of argument, let’s assume that the bioplastics used for water bottles are all made in carbon-neutral factories. How does a bioplastic such as polylactic acid (PLA), which is derived from corn, compare to PET in terms of water requirements?

Are you thirsty yet? Join the conversation. Look for my post with a link to this blog entry on LinkedIn, Facebook, Google+, and Twitter. Elasto Proxy has pages on all of these social media websites, so all that’s missing is you! We also hope you’ll subscribe to our free e-newsletters, too. They’re a great source of information delivered right to your email inbox.

What’s in the Elasto Bag? Sealing and Insulation Samples for Mobile Equipment